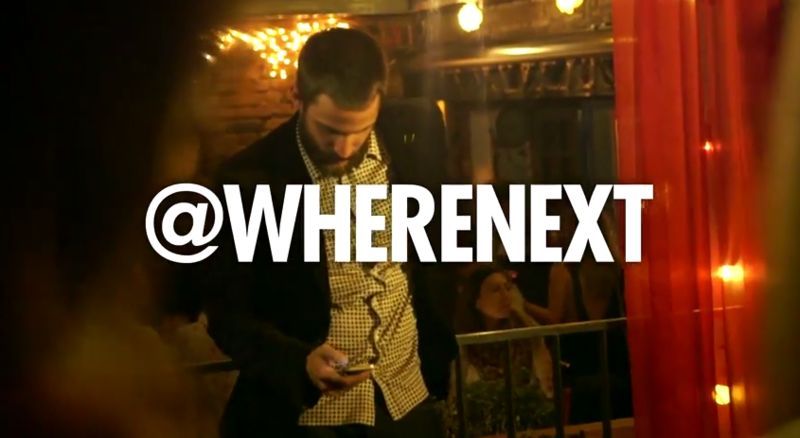 @Wherenext is like a compass for the digital age, where users can send a tweet to the account and then be directed to their next destination. Although it might seem like it would be difficult to pinpoint what's hot as it's happening, @Wherenext makes suggestions based off of real-time social media activity using algorithms to read photos, check-ins and tweets, so that you really can be sure that if @Wherenext says a place is really happening, you know it's a popular place to head to immediately.

In the coming weeks, Heineken will release details on a live televised social experiment that will pit people from different cities against one another to discover the best of a city in a certain amount of time.
5
Score
Popularity
Activity
Freshness
Get the 2023 Trend Report FREE