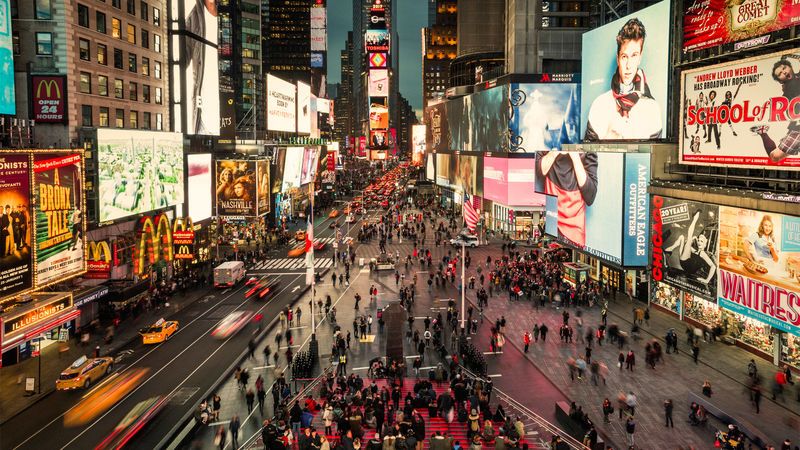 Joey Haar — April 20, 2017 — World
References: snohetta & dezeen
Share on Facebook Share on Twitter Share on LinkedIn Share on Pinterest
Capitalism's Mecca in the heart of Manhattan has recently received a redesign, and international architecture super-firm Snohetta's Times Square is more befitting of the way in which the public space is used today. The redesign, which is now officially open, reconfigures and landscapes the downtown Manhattan intersection to increase the amount of space available to pedestrians, a necessary change considering the tourist destination that the square has become over the past decades.

It's hard to believe, but not long ago Times Square was a seedy area where drugs and crime flourished and peep shows marked every corner. In the late 80s, New York undertook the task of making the square a more desirable area, and that led to the spectacle that exists today at Broadway and 7th. Snohetta's Times Square redesign is just another part of that transformation, acknowledging the absurd amounts of foot traffic that pass through.
2.3
Score
Popularity
Activity
Freshness
Attend Future Festival