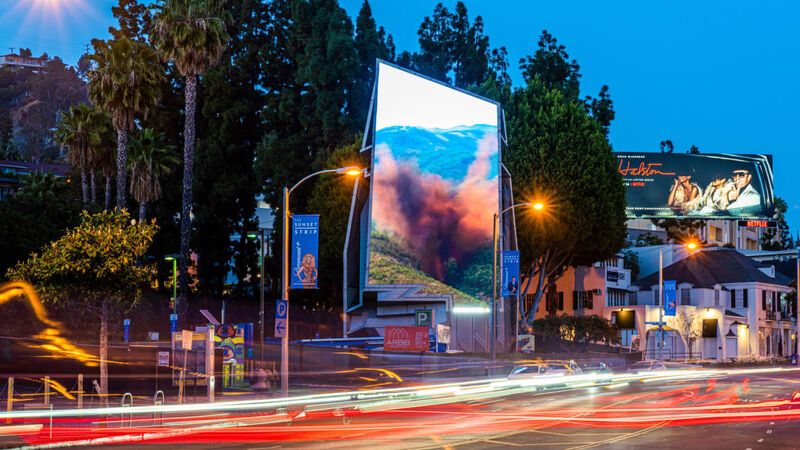 Sunset Spectacular is an Outdoor Billboard to Engage Pedestrians

Laura McQuarrie — June 5, 2021 — Marketing
References: tomwiscombe & fastcompany
Share on Facebook Share on Twitter Share on LinkedIn Share on Pinterest
In 2015, the city of West Hollywood launched a project to engage not just cars with outdoor billboard designs but also pedestrians, and work advertisements more seamlessly into the architecture of the city. The new concept challenges what a billboard can be, especially in a settling like Hollywood's Sunset Strip, which is known for its outdoor advertising.

Created by Los Angeles' Tom Wiscombe Architecture and Orange Barrel Media, Sunset Spectacular is a jagged, three-sided tower of steel with vertical digital screens. Unlike most billboards that people see from a distance, this one has an opening on the ground level so that pedestrians can enter and see a light and video show inside. The futuristic billboard project has the potential to change what advertising in the city means in the years to come.
6.8
Score
Popularity
Activity
Freshness
Jeremy Gutsche Keynote Speaker