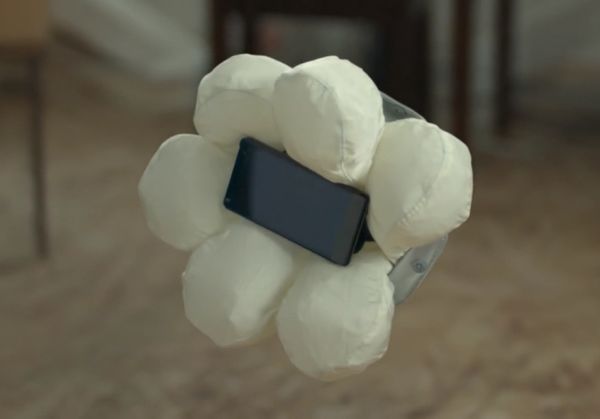 The Smartphone Case N by Honda Cushions Gadgets When Dropped

Meghan Young — December 6, 2013 — Art & Design
References: autoblog & dvice
Share on Facebook Share on Twitter Share on LinkedIn Share on Pinterest
The Smartphone Case N is something that would normally hit the Internet on April Fool's Day, that is how hilarious yet dubiously real the concept is. Dismayed at the number of broken devices due to accidental falls, an adorable 'science-y' gentleman (who has to be an actor of some sort) embarks on a mission to create a way to avoid such heart-wrenching mishaps. What he comes up with can only be likened to a portable airbag.

Designed by Honda, the Smartphone Case N "rivals a George R. R. Martin novel in girth," as cleverly noted by Dvice. As soon as it is dropped, "an accelerometer in the case swings into action, deploying six little airbags," it further explains. As soon as it hits the ground, it is cushioned from its fall.
3.3
Score
Popularity
Activity
Freshness
Access Advisory Services