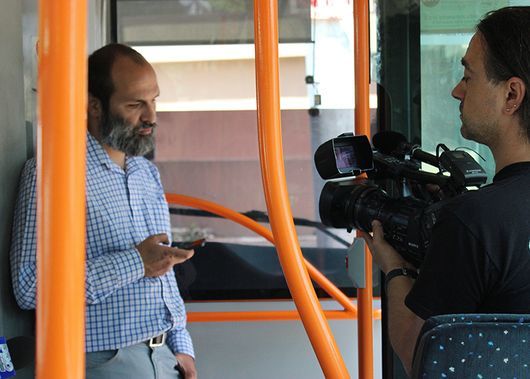 Rahul Kalvapalle — June 9, 2015 — Autos
References: onyxbeacon & gizmag
Smart Public Transport is the name of a project, being developed by transportation authorities in the Romanian capital Bucharest in collaboration with Romanian tech firm Onyx Beacon, that aims to install 500 iBeacon devices on buses. The project aims to make public transport safer and more accessible for visually impaired people in the city.

The project lets visually impaired users use an app to check the identity of approaching buses, and also allows them to plot their route.

The fact is that hopping on or off a bus is an action taken by many of us for granted, but can be both difficult and dangerous for people with eyesight problems. The Smart Public Transport project not only helps visually impaired people avoid danger, but also gives them their independence back.
2.6
Score
Popularity
Activity
Freshness