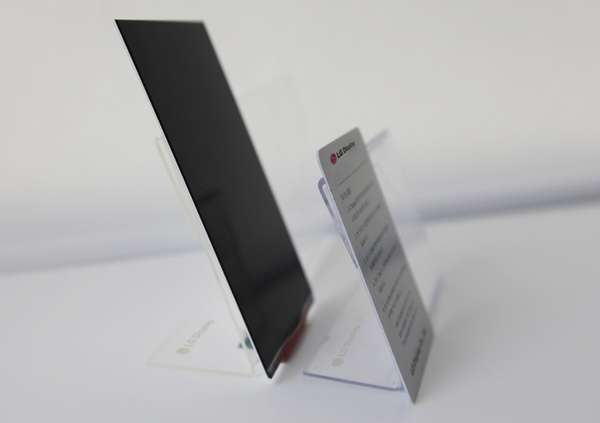 Javier Correas — July 13, 2013 — Tech
References: engadget
In technology sometimes it's all about world records, and this seems to be a great way of marketing for LG with the creation of the world's slimmest full HD screen. It measures 5.2" long and an almost impossible thickness of 2.2mm. This makes the new screen the narrowest to hit the smartphone market at the moment.

LG seems to be committed to continue pushing the envelop for the smartphone industry, as it just announced last month the production of flexible and unbreakable screens for smartphones. In this case, the new screen apart from being the world's slimmest, is also made of a different type of pixel that allows the device a level of brightness higher than ever for a smartphone screen.

There are other companies not only working on similar devices but also releasing them, such as Nokia or Apple. However only LG seems to be focused on catching the customer's eye first with worldwide records.
2.6
Score
Popularity
Activity
Freshness

Thin is In (For Notebooks)
Stylish Asus Eee PC S101