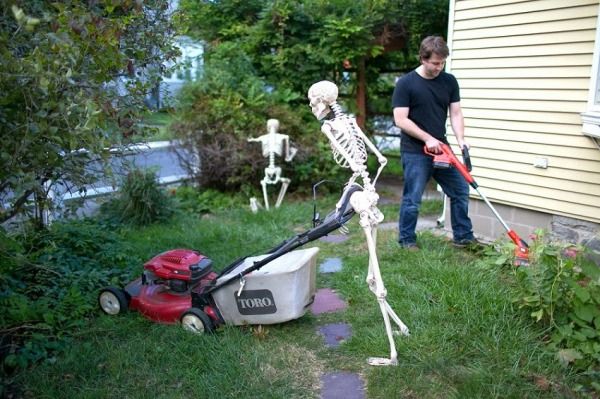 Akihiko Tse — October 10, 2013 — Unique
References: oddthingsiveseen & designtaxi
Share on Facebook Share on Twitter Share on LinkedIn Share on Pinterest
J W Ockey got so attached to his first skeletal friend that when his living, animated guests came over, they had to sit on the floor instead of displacing 'T' from his chair, as documented in his 'Skull in the Family' photo series.

To accommodate for 'T,' who Ockey bought last Halloween at Target, he bought a new friend in 'C,' who he purchased from Costco this year. The three newly befriended mates now do everything together -- "trying to pitch our life together as a reality television show" -- from mowing the lawn, lounging in the pool and cruising around town together in the car.

In each of the photos in 'Skull in the Family,' Ockey, who is married, and his pals look to genuinely having a good time who should, barring any unforeseen circumstances, be around forever.
3.5
Score
Popularity
Activity
Freshness
View Innovation Webinars