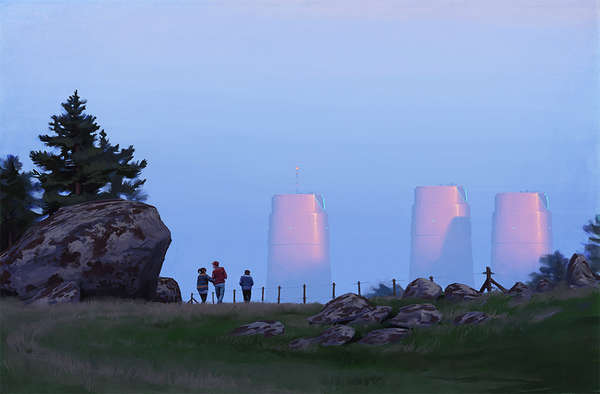 Meghan Young — August 29, 2013 — Art & Design
References: simonstalenhag.se & theverge
For those who wonder what the world would look like in the next hundred years or perhaps even sooner, forget about watching the latest blockbuster sci-fi flick and instead take a gander at the work of artist Simon Stalenhag. Simon Stalenhag envisions a neo-retro future in which sci-fi meets suburbia. Interestingly, his images are set in the 1980s for an even bigger contrast between the everyday mundane and landscape rivalling technology.

Based in the countryside outside of Stockholm, Sweden, Simon Stalenhag juxtaposes boxy cars with robots, playing children with epic backdrops and more. He writes, "The only difference in the world of my art and our world is that ... ever since the early 20th century, attitudes and budgets were much more in favor of science and technology."
1.7
Score
Popularity
Activity
Freshness