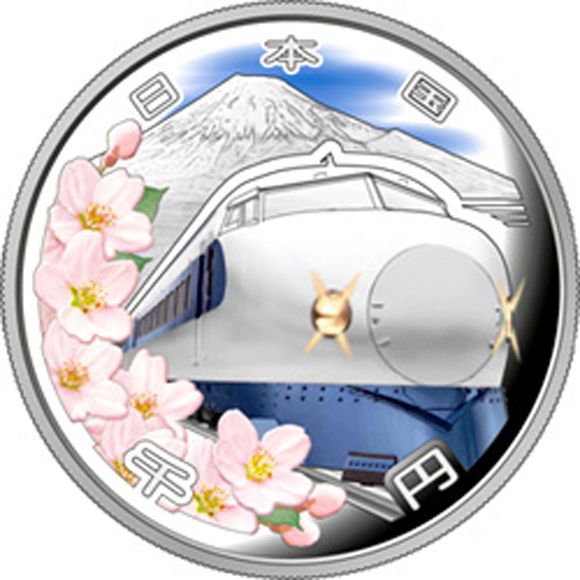 The Ministry of Finance Japan's 1000 Yen Coin Celebrates the Shinkansen

The Shinkansen Opening 50th Anniversary Coin is much more brightly colored than the average coin and features the train alongside cherry blossoms and Mt. Fuji. The pricy little coin is made from 31g of sterling silver and as a commemorative coin, costs a much steeper 8,300 yen than the 1,000 yen it is labeled as—this is definitely not one you will want to lose. As the 50th anniversary date of the Shinkansen draws closer, Japan's Ministry of Finance will also be announcing a limited edition 100 yen coin that will also be a beautiful collector's coin, but it will put less strain on your wallet.
0.6
Score
Popularity
Activity
Freshness
Access Advisory Services

Computer-Generated Celebrity Currency
Coinye West is a New Online Currency, Sure to Change the Gam