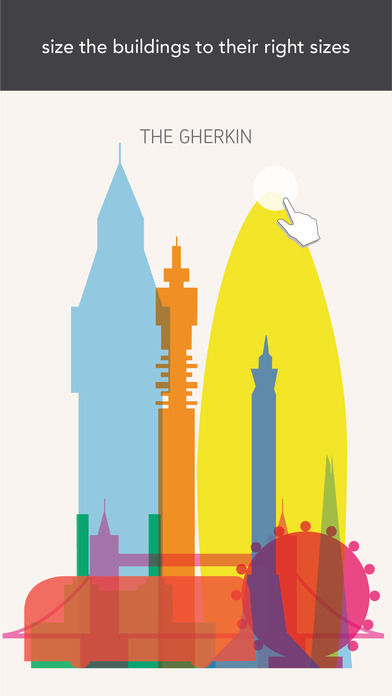 The 'Shapes of Cities' Game is Available for iOS Devices

Joey Haar — August 25, 2016 — Tech
References: itunes.apple & fastcodesign
Share on Facebook Share on Twitter Share on LinkedIn Share on Pinterest
The 'Shapes of Cities' app is a gamified version of Yoni Alter's successful poster series by the same name. In Alter's 'Shapes of Cities' posters, cities' major, identifiable landmarks are depicted in monochrome translucent slides that overlap with one another to create beautiful, geometrical bursts of color. The new game keeps that aesthetic while also testing users' knowledge of famous architecture.

Part of the charm of the original posters is their sense of scale; every building in the posters is scaled accurately, giving viewers an immediate and lasting impression of just how much taller One World Trade Center is than the Empire State Building.

The Shapes of Cities game capitalizes on this scaling. First, it shows an image of a city's buildings properly scaled. Then, it randomizes those sizes, and users have to drag them back to the correct height.
2.2
Score
Popularity
Activity
Freshness
Jeremy Gutsche Keynote Speaker