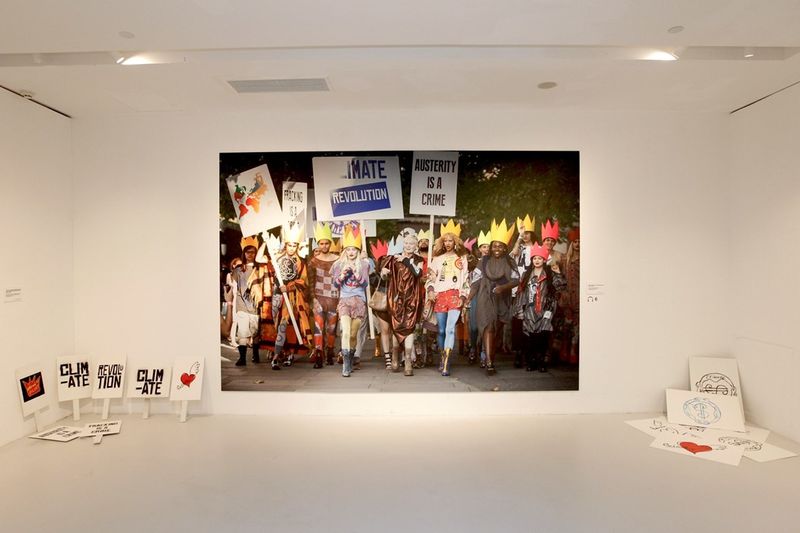 Joey Haar — January 23, 2017 — Eco
References: k11 & news.artnet
Share on Facebook Share on Twitter Share on LinkedIn Share on Pinterest
K11, a luxury mall chain with locations in several major Chinese metropolises, opened its Shanghai K11 in order to better establish its brand image. Titled as an "art mall," Shanghai K11 is a hybrid between a shopping center and a contemporary art museum that showcases the works of local and international artists.

Often, the works in the Shanghai K11 museum spaces are meant to reflect the retail aspect of the mall. For instance, the exhibit currently being featured is called 'Get a Life!,' and it targets the issue of climate change. The environment is an increasingly important issue in the fashion industry, and brands are continually finding new ways to be more environmentally friendly. Get a Life! is a project by Vivienne Westwood, the famed inventor of punk fashion, so it brings a high-profile voice to that message.
5.2
Score
Popularity
Activity
Freshness
Get Trend Hunter Dashboard