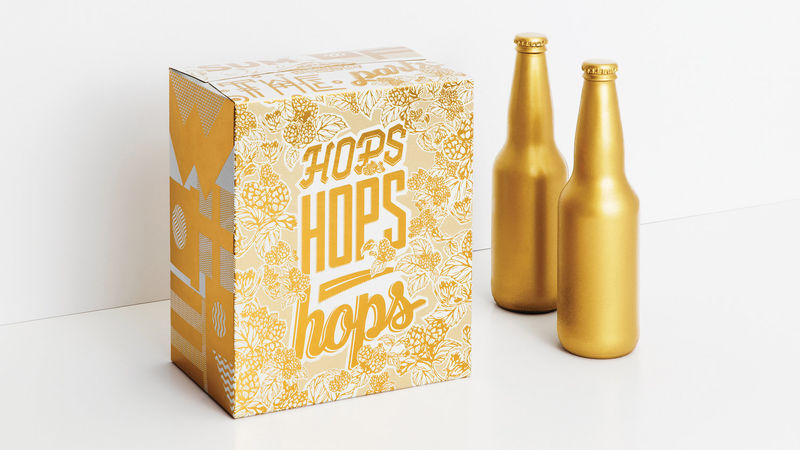 As part of the project, Toolbox Design was tasked by Glenmore Printers to create a design to express 'The Art of the Six Pack.' As a result, the designers took the opportunity to show off some of the latest print technologies.

On different sides of the box, words like "hops," "yeast" and "barley" can be seen, alongside playful graphic elements. Toolbox Design describes that the design is "covered in gold Prisma foil, which deconstructs the recipe for beer." On the top of the box, the design spells out: "sum of the parts."
5.7
Score
Popularity
Activity
Freshness
Get the 2021 Trend Report FREE