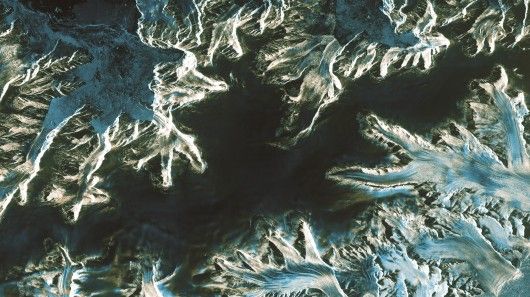 The Sentinel-1A Satellite Took These Beautiful Images of the Earth

Rahul Kalvapalle — April 22, 2014 — Tech
References: esa.int & gizmag
Share on Facebook Share on Twitter Share on LinkedIn Share on Pinterest
The European Space Agency's Sentinel-1A satellite returned these stunning images of the Earth from space. Despite not yet being positioned in its operational orbit or being ready to supply data to the mission, the Sentinel-1A managed to showcase its cutting-edge observational capabilities by sending these images, taken on April 12.

One image features Brussels, and captures an 80 km swath. The show depicts dense urban Brussels as a light-colored patch, which contrasts sharply with the darker vegetation that surrounds the city.

Another image shows an area of Namibia being subjected to heavy flooding by water from the Zambezi river. The photo was captured using the Sentinel-1A's "Interferometric Wide Swath" mode, which captures a swath of 250 km.

The most colorful of the images shows the Pine Island Glacier in Antarctica, which is known to be in a state of retreat. The different colors in the image represent different rates of radar reflection.
2.1
Score
Popularity
Activity
Freshness
Access Advisory Services