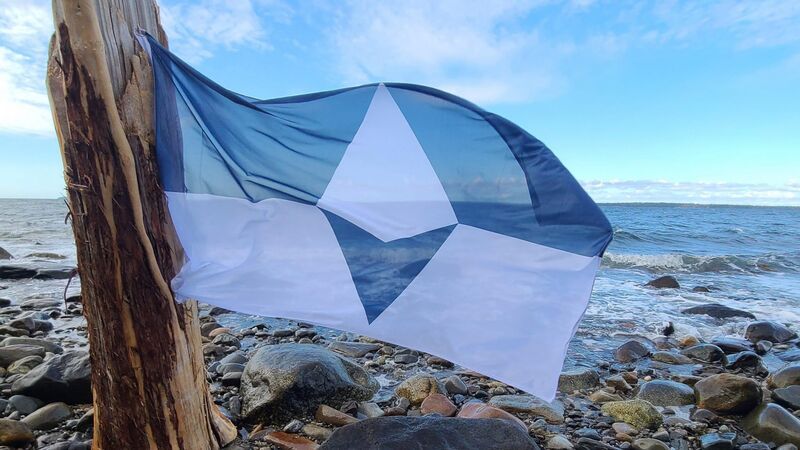 Josh Thompson-Persaud — May 10, 2021 — Eco
References: truesouthflag & dezeen
Share on Facebook Share on Twitter Share on LinkedIn Share on Pinterest
American journalist Evan Townsend launched the True South flag to raise awareness about the effects of climate change and responsible stewardship over the land. The flag design, which is an attempt at apolitical representation, has been adopted by many Antarctic organizations across the continent and boasts support from the National Antarctic Program.

The True South flag has a unique 3:5 width-to-length ratio (rather than a typical 2:3) so that it can survive longer in the brutal Antarctic winds. The flag's diamond-shaped emblem is representative of the stark polar landscape and the two colors, white and navy, provide high contrast visuals for maximum visibility through snow and ice.

Together, the esthetic pays homage to the beauty and nobility of the Antarctic horizon while celebrating international cooperation. By offering Antarctica a visual international identity through the True South flag, Townsend reminds the world that Antarctica's fate is in human hands.