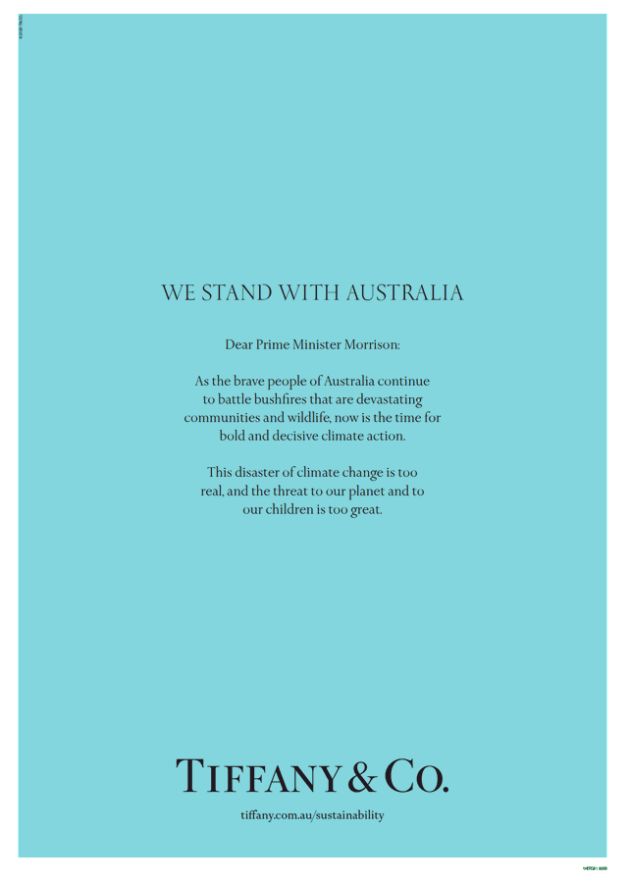 Jana Pijak — February 4, 2020 — Pop Culture
References: tiffany & adnews.au
Luxury jewelry brand Tiffany & Co. recently launched a poignant ad titled 'We Stand With Australia.' The brand showed its solidarity with the nation by pleading with Prime Minister Scott Morrison to take action on climate change after Australia's recent and devastating bushfires which have lead an unprecedented number of wildlife to parish.

Published in two of Australia's top newspapers, Tiffany & Co's We Stand With Australia ad showcases the company's support of an important and crucial cause and features an honest message urging Prime Minister Morrison to listen.

The message reads “Dear Prime Minister Morrison, As the brave people of Australia continue to battle bushfires that are devastating communities and wildlife, now is the time for bold and decisive action. The disaster of climate change is too real, and the threat to our planet and to our children is too great.”
5.7
Score
Popularity
Activity
Freshness