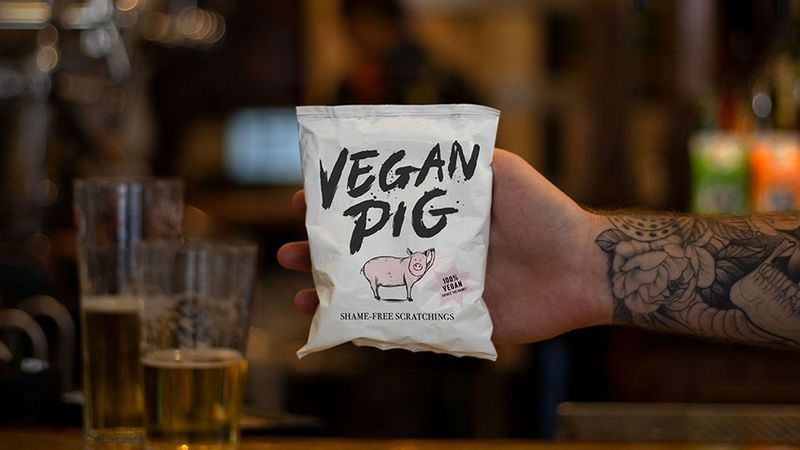 Laura McQuarrie — July 19, 2019 — Lifestyle
References: kickstarter & vegnews
Share on Facebook Share on Twitter Share on LinkedIn Share on Pinterest
On Kickstarter, Vegan Pig is introducing an entirely plant-based, vegan-friendly take on pork scratchings, offering what it calls "the first proper meat-free alternative to the humble pub snack." The campaign follows years of development to settle on the perfect pork-like and completely pigless product, which offers all the same texture and crunch as the classic pub snack.

With its crowdfunding campaign, Vegan Pick is aiming to kick-start production, introduce its inventive snacks to the world and implement 100% recyclable packaging. Ultimately, Vegan Pig aims to get its meatless snack in pubs so that they can be enjoyed as they were truly meant to be savored with a cold beer.

Early supporters have the chance to try some of the snacks from the first production run, as well as gain access to other great perks.
4.2
Score
Popularity
Activity
Freshness
Get Trend Hunter Dashboard