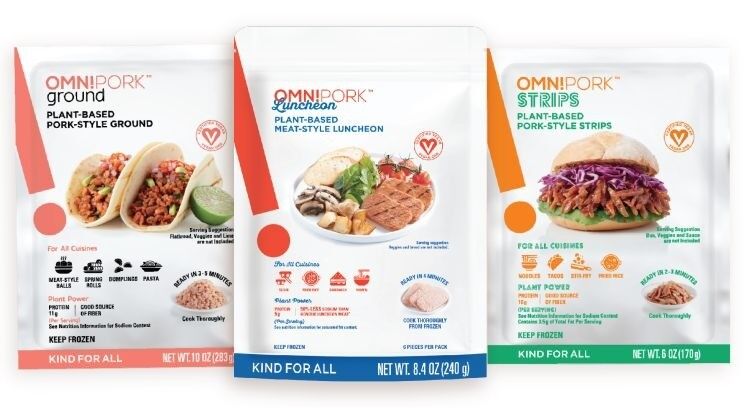 OmniFoods Launches in the U.S. with Three Plant-Based Pork Products

OmniFoods is a popular Asia-based plant-based food brand. It was created by the Hong Kong-based food-tech company Green Monday and is best known for its plant-based pork. In partnership with a food science team in Canada, OmniFoods will make its U.S. debut with OmniPork Ground, OmniPork Strips, and OmniPork Luncheon.

Consumers can prepare OmniFoods meat alternatives in any way - whether it be pan-fried, deep-fried, or baked. When compared to animal-based products, OmniFoods pork contains low saturated fat, fewer calories, and zero cholesterol. The products are made using a blend of non-GMO soy, peas, shitake mushrooms, and rice. OmniFoods is a sensation in the Asian food market and believes it will be an equal hit in North America.

Its three new products are available in Sprouts and select Whole Foods stores.