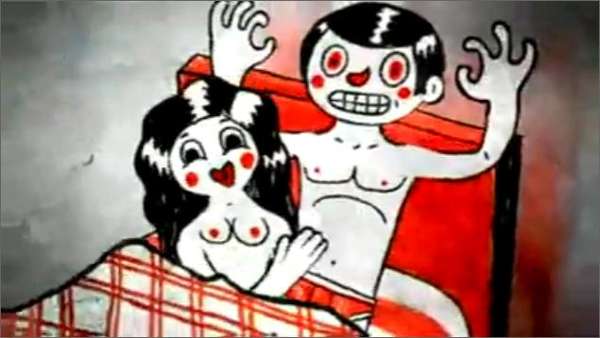 Ayman — April 24, 2009 — Pop Culture
References: coloribus & arabaquarius.blogspot
This extremely creative animated commercial celebrates the 60th birthday of Scrabble. Scrabble is the most sold letter game ever with 100 millions of boxes sold throughout 121 countries in 29 languages.

‘The Beautiful Word’ campaign tries to introduce the iconic game to this new world where everything is fast and driven by electronic media.

The principle of the campaign, according to ad agency OGILVY & MATHER Paris, is as follows: “Different words accidentally encounter during a Scrabble game, giving by chance birth to a world as unexpected as enchanting. Picture a board of Scrabble at the end of a game: words that have nothing to do with each other are crossing and overlapping, to the point that they sometimes tell a crazy story ! Our creative idea is to turn this fabulous potential into images. Everything will be executed by different illustrators, in order to come out with the best diversity in the possibilities offered by SCRABBLE.”
4.9
Score
Popularity
Activity
Freshness