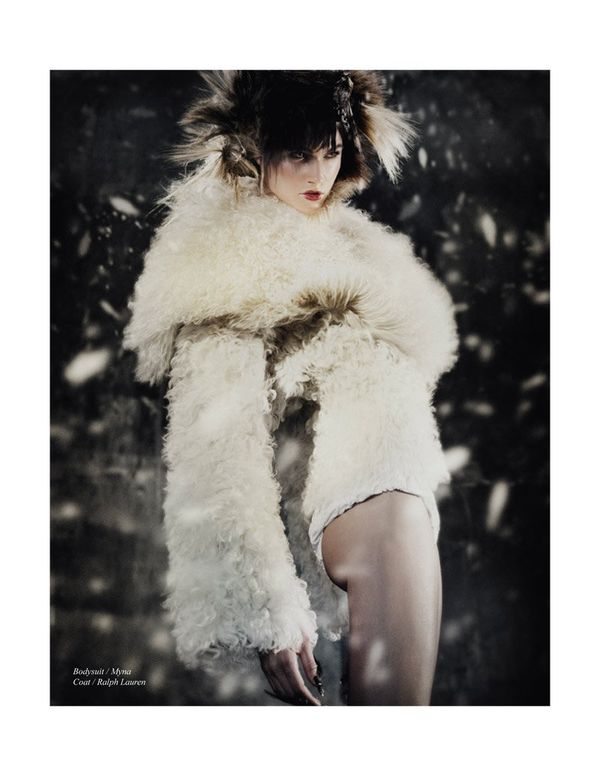 Meghan Young — December 17, 2013 — Fashion
References: schonmagazine & fashiongonerogue
Share on Facebook Share on Twitter Share on LinkedIn Share on Pinterest
The Schon Magazine 'Nomadic Huntress' editorial is plain magic. What could perhaps be the best photoshoot of the winter season, at least when it comes to fierce fashion, it stars model Rachel Finninger as the huntress. Clad in a range of designer furs from the likes of Louis Vuitton, Ralph Lauren, Jason Wu and Viktor & Rolf, she takes on the cold weather as though it were her best friend. The snow swirling around her simply adds to the entire effect.

Shot by photographer Robert John Kley, the Schon Magazine 'Nomadic Huntress' editorial appears in the winter 2013 issue of the British publication. It was creative directed and styled by Jimi Urquiaga. Accessorized with bedazzling headdresses, busy thigh-high boots and metallic belts, the looks were perfected with dark eyes and flushed cheeks.
5.3
Score
Popularity
Activity
Freshness
Get the 2021 Trend Report FREE