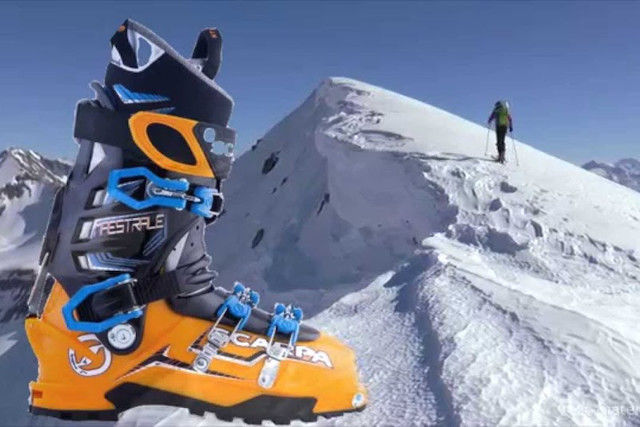 The Scarpa Maestrale is the Best-Selling Boot in Its Class

What's most impressive about the newest version of the Scarpa Maestrale is that the company has managed to incorporate design features to shave off even more weight. A size 27 boot weighs just three pounds and two ounces, nearly five ounces less than the previous version per boot. While still sturdy, the boots also have incredible mobility, with a 60 degree range of motion and 125 point flex.

The above stats might lead some skiers toward concerns about safety, but Scarpa has safety in mind. Its new Carbon Grilamid LFT material is still stiff and powerful despite its flexibility.
2.3
Score
Popularity
Activity
Freshness
View Innovation Webinars