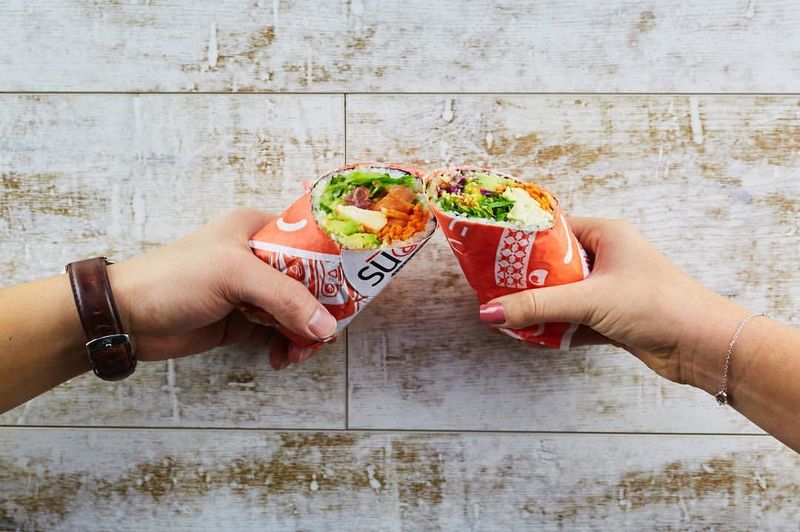 Toronto's 'SŪ&BŪ' Serves Up Japanese Delicacies with a Mexican Twist

Katherine Pendrill — January 5, 2017 — Lifestyle
References: facebook & suandbu
Self-described as "Mexico meets Tokyo, food style," Toronto's SŪ&BŪ is the ultimate destination for Asian fusion. With Instagram-friendly dishes such as poke bowls and sushi burritos, the downtown eatery is a big hit among many of the city's top culinary influencers.

SŪ&BŪ is a contemporary Japanese eatery that aims to "bring the swagger back to sushi." Instead of carefully cut rolls and steaming plates of tempura, the restaurant specializes in sushi burritos that are perfectly designed for on-the-go snacking. For those who would rather sit and enjoy their meal, the restaurant also offers other Asian fusion creations such as decked-out poke bowls and an Eastern-style fish and chips.

Although the idea of putting a Mexican twist on traditional Japanese fare may sound unusual, the creative flavor combinations make for an unforgettable culinary experience.
6.6
Score
Popularity
Activity
Freshness