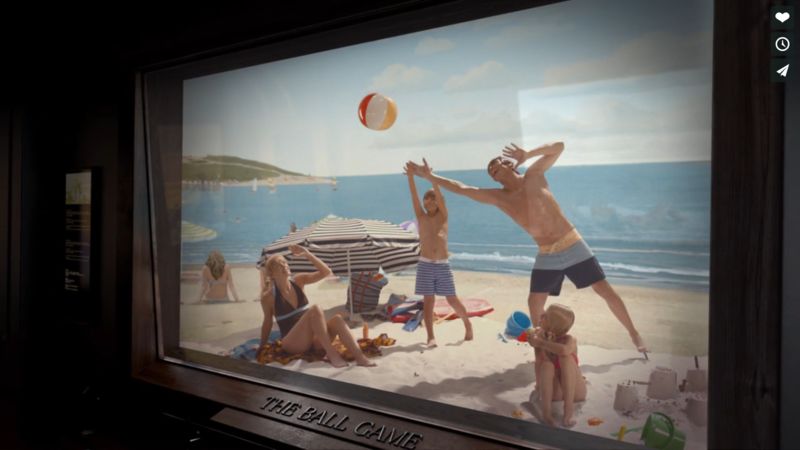 Ady Floyd — May 21, 2015 — Eco
References: surfrider.eu & ufunk.net
'Save the Beaches' is an awareness campaign created by the Surfrider Foundation. The foundation produced a video that takes the viewer on a tour of a museum filled with beach scenes of plastic figurines displayed behind glass windows. This shows that without acting now the only thing left of our beaches will be memories and historical visuals at museums.

The campaign features Barbie-like dolls in groups of friends or surrounded by family members enjoying a bonfire or tossing a beach ball around. By tugging at the heartstrings and recreating general memories the viewer is faced with the realization that because beaches are taken advantage of, they could disappear altogether.

The minimalist campaign is accompanied with brutally honest facts such as 90% of our beaches will disappear by the year 2100 if nothing is done. The ultimate goal to save the beaches is to obtain signatures on a worldwide ambitious climate agreement that will preserve the coastline. The Surfrider Foundation hopes to address and resolve the following issues: climate change, coastline modification and development, excessive concrete port expansion and sand plundering.
4
Score
Popularity
Activity
Freshness