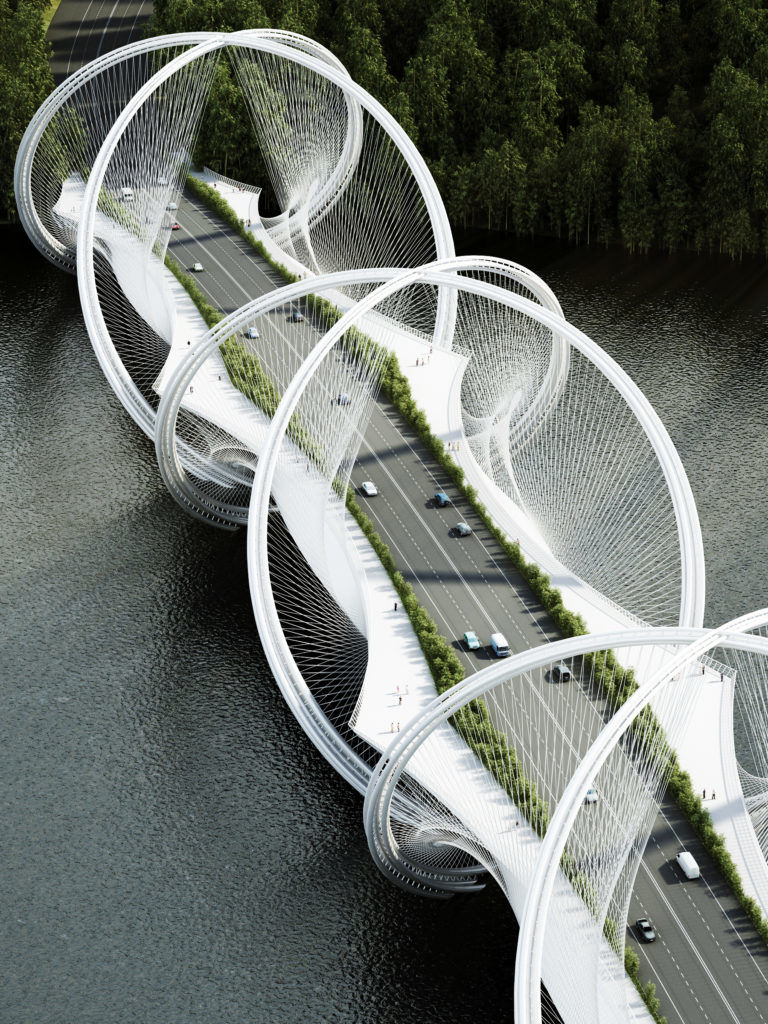 Joey Haar — July 28, 2016 — Art & Design
References: home-of-penda & wired
Share on Facebook Share on Twitter Share on LinkedIn Share on Pinterest
In anticipation of the 2022 Winter Olympic Games in Beijing, architecture firm Penda has been commissioned to build the San Shan Bridge, which will span the Gui River and connect Beijing to Zhangjiakou. But rather than finding inspiration from any winter sports, the Penda architects looked to a bicycle wheel in their design. The Shan San Bridge concept is suspended by 360 degrees of cabling surround the entire platform via 300 foot diameter rings, like a hub and spokes.

Though perhaps the Winter Olympic Games in particular are not behind the radical design, the rings that surround the San Shan Bridge were indeed meant to be a reference to the Olympic rings, albeit in white rather than in the famous five color combination. The complex, modern bridge design also follows in the modern trend of energy and materials efficiency, as Penda claims that it will require five times less steel than a typical box girder bridge.
3.8
Score
Popularity
Activity
Freshness
View Innovation Webinars