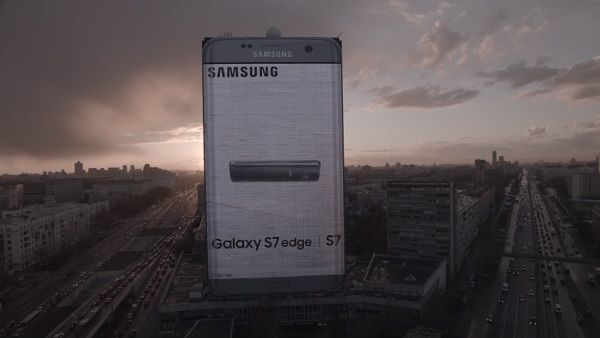 Meghan Young — May 25, 2016 — Tech
References: samsung & designtaxi
The Samsung Galaxy S7 Edge billboard wanted to stand out from the crowd. Even if that's the point of traditional billboards, this time around the company decided to turn an entire building into a gigantic ad. Transformed using LED technology, the commandeered building can be found in Sokol, Russia, conveniently facing a highway to capture the attention of commuters.

Of course, the Samsung Galaxy S7 Edge billboard is so big that it can be seen as far as 2.2 kilometers away. What makes this ad campaign particularly fun is that the building is essentially transformed into a large smartphone. The screen is animated in order to show off the new device in all its glory.
3.1
Score
Popularity
Activity
Freshness