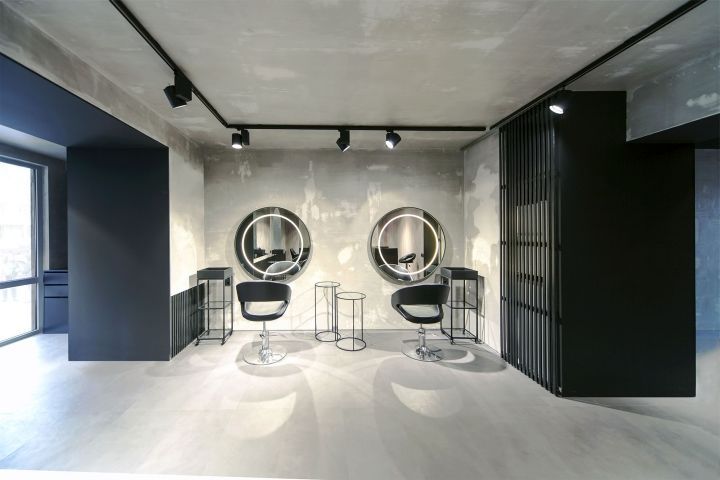 Numero Uno is a Stunning Minimalist Beauty Salon in Kazakhstan

Rebecca Byers — January 7, 2016 — Art & Design
References: retaildesignblog.net
Share on Facebook Share on Twitter Share on LinkedIn Share on Pinterest
This beauty salon design speaks to an intruiging progression of ultramodern, minimalist spaces that border on austere. Located in the city of Almaty in Kazakhstan, the tiny beauty salon appeals to young citizens as an alternative, modern place to get their hair cut.

Designed by MEL, Numero Uno beauty salon notably has almost no doors, with even the face of the clock hanging out the wall lacking total distinction from the wall itself.

In addition to haircuts, Numero Uno facilitates other esthetic treatments such as manicures and pedicures. The entire space takes on a monochrome shade thanks to a minimal use of color, instead opting for various shades between black and grey. The concrete space remains welcoming despite its initial austere appearance.
5.2
Score
Popularity
Activity
Freshness
View Innovation Webinars