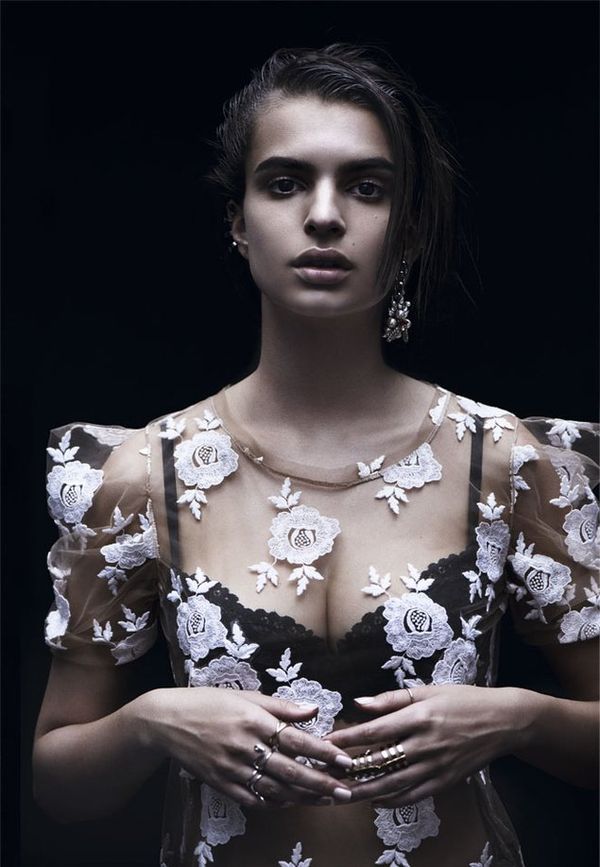 Meghan Young — March 6, 2014 — Fashion
References: smoda.elpais & fashiongonerogue
Although 'sultry' and 'demure' seem to be in total contradiction of each other, the S Moda March 2014 cover shoot shows that they don't have to be. Instead, model Emily Ratajkowski, who is known for baring it all (or close to it) thanks to her killer body, channels her inner sensuality while covered up in chic and sophisticated ensembles.

Shot in studio against a stony backdrop by photographer Tetsu Kubota, the S Moda March 2014 cover shoot showcases a range of spring looks from such labels as Dolce & Gabbana, Proenza Schouler and Hermès. The black and white looks were styled by Irene San Segundo and Chabela Garcia. They were given a sexy twist by way of mussed up wet hair and flawless glowing skin.
4.7
Score
Popularity
Activity
Freshness