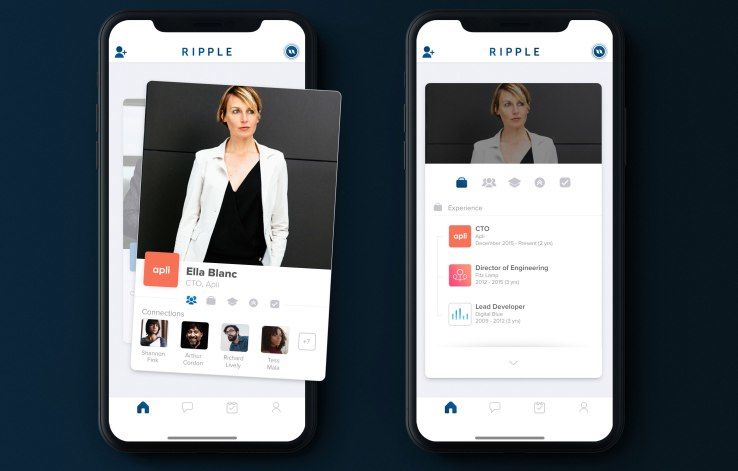 Justin Lam — January 9, 2018 — Tech
References: whatisripple & techcrunch
Share on Facebook Share on Twitter Share on LinkedIn Share on Pinterest
Professional networking can be an incredible chore, but thanks to the Ripple app, this experience can be streamlined and more rewarding. Led by former Tinder CTO Ryan Ogle and a team of former Tinder employees, Ripple is set to redefine the professional networking landscape in a significantly better way. Backed by the Match Group, Ripple seeks to strip away the unwanted connection requests, inbox spam and general inconveniences associated with other networking platforms, and brings a more interactive experience to it.

The basic model behind the app calls back to a lot of the psychological principles that made Tinder such a success. The team worked hard to incorporate the same interactive experiences into their new venture in a way that was more conducive to the job market. Much like Tinder, Ripple has users swipe on different profiles and allows them to connect, but only after both parties have agreed to communicate. The app will allow for full integration with Twitter, LinkedIn and Google, and will have a built in report feature to ensure users are not misusing the app. The Ripple app is currently being tested in its beta build.
2.8
Score
Popularity
Activity
Freshness
Jeremy Gutsche Keynote Speaker