Cheating-Sanctioning Board Games
Next
Set of
Related
Ideas 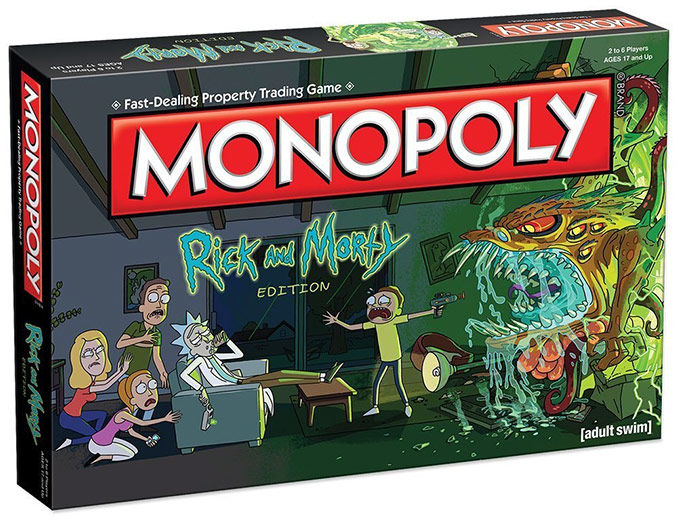 The Rick and Morty Edition Monopoly Game Celebrates the Series

Michael Hemsworth — February 3, 2018 — Life-Stages
References: amazon & geekalerts
The Rick and Morty Edition Monopoly Game has been unveiled as the latest collaboration board game that will provide fans of the cartoon series a new way to interact with it.

The game consists of fix collectible metal toys including the Portal Gun, Snuffles' Helmet, Council of Ricks Badge, Meeseeks Box, Plumbus and Rick's car. Players work their way through the game just like the original but with a distinctly different spin thanks to the incorporation of characters and locations inspired by the cartoon series.

The Rick and Morty Edition Monopoly Game is suitable for between two and six players, and has been created for players aged 17 and up, which makes it a game for adult fans only.
3.8
Score
Popularity
Activity
Freshness