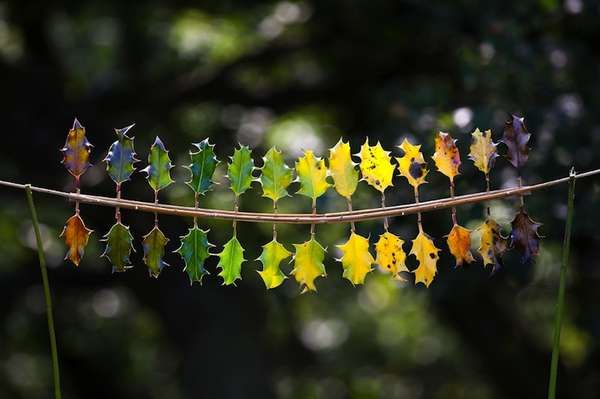 Meghan Young — January 4, 2012 — Art & Design
References: richardshilling & neatorama
Share on Facebook Share on Twitter Share on LinkedIn Share on Pinterest
Although the world is filled with natural wonders, that doesn't stop artists such as Richard Shilling from taking these natural stunners and bringing them up a notch. He creates sculptures using natural materials such as leaves, rocks and fruit, arranging them in non-natural ways. Richard Shilling's work falls in the genre of land art, which originated in the '60s.

Based in Lancaster, England, Richard Shilling has created his beautiful sculptures around the world from Yorkshire to the Himalayas. Inspired by the work of Andy Goldsworthy, Richard Shilling began to dabble in land art himself. He may thrive on manipulating nature, but he still uses his natural surroundings to add to the final product. For instance, sunlight adds vibrancy and forest floors add texture. Overall, Richard Shilling's work is as wonderful as nature itself.
4.9
Score
Popularity
Activity
Freshness
Get Trend Hunter Dashboard