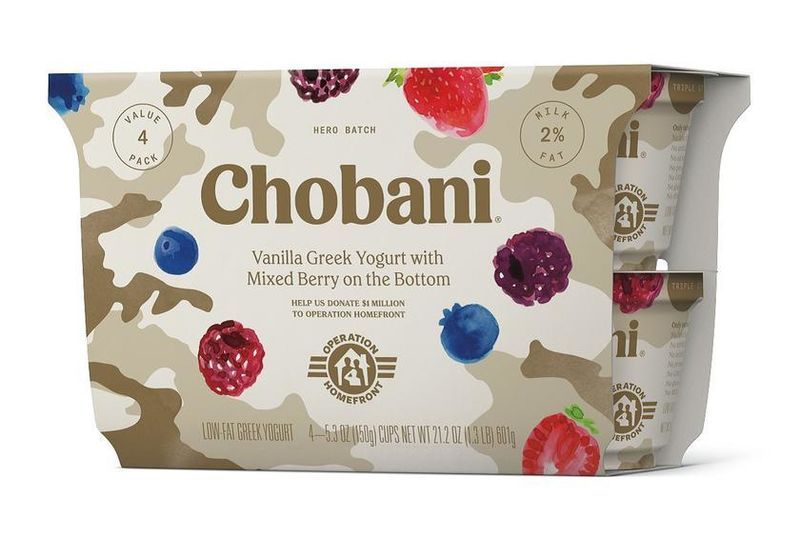 Katherine Pendrill — November 13, 2018 — Lifestyle
References: dairyfoods & thedailymeal
Share on Facebook Share on Twitter Share on LinkedIn Share on Pinterest
In an effort to say thank you to veterans and their families, Chobani has released a new yogurt with a charitable twist. Released in honor of Veterans Day, the new yogurt give consumers an opportunity to give back to those who served.

'Red, White and Blueberry' is an adorably named new Greek yogurt with a patriotic twist. Released as part of Chobani's 'Hero Batch' lineup, the new flavor was designed by Chobani employees who previously served in the U.S. military. To celebrate the people behind the new product, the yogurt features a military-style camouflage design. The company is also donating $500K to Operation Homefront, and organization that helps struggling military families, and matching fan donations up to $250K. As Chobani founder and CEO Hamdi Ulukaya explains, "We wanted to make something special with one goal: to say thank you to all who have served and to offer support to those who need it."