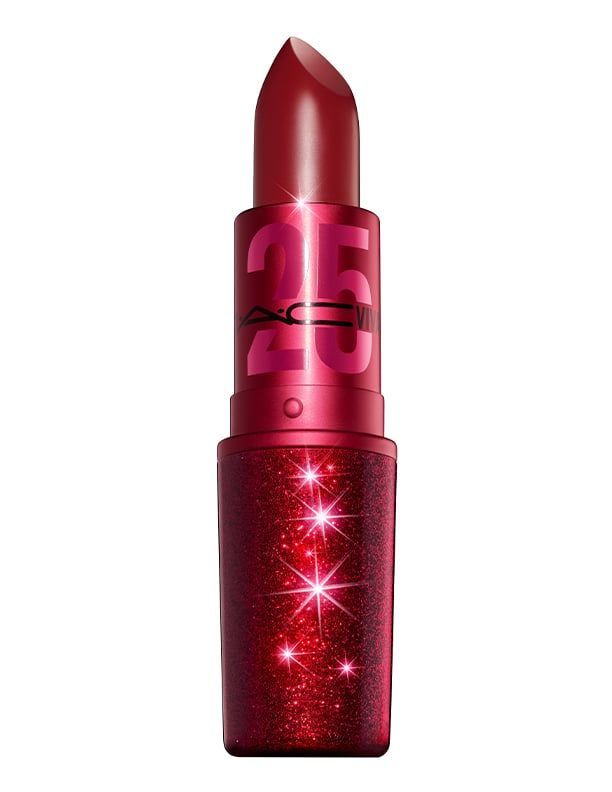 Riley von Niessen — April 15, 2019 — Social Good
References: popsugar
Share on Facebook Share on Twitter Share on LinkedIn Share on Pinterest
As POPSUGAR reports, the red Viva Glam lipstick shade that kicked off the launch of the product range with famed drag queen and TV personality RuPaul, is making its return to store shelves, this time with model Winnie Harlow as the face of the campaign.

The relaunch celebrates the product's 25th anniversary, and shows Harlow dressed in elaborate performance wear to pay homage to RuPaul. As with all other Viva Glam lipstick shades, all proceeds will go towards the MAC AIDS Fund.

The relaunch sees the original matte red shade, outfitted in collectible packaging that's complete with a slew of stunning sparkles.

The inclusion of Harlow in the campaign is also meant to highlight an expansion of the MAC AIDS Fund, with it now aiming to support LGBTQ+ organizations, as well as women and girls. This means that proceeds will also go to GLAAD, Girls Inc., and Planned Parenthood. It's said that the expansion is a response to the improvement of the HIV/AIDS epidemic, which "has greatly improved since the '90s."
3.5
Score
Popularity
Activity
Freshness
Access Advisory Services