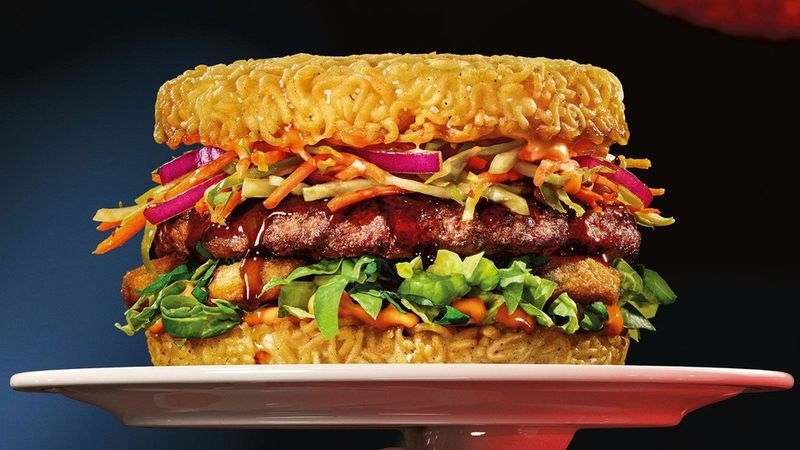 The Red Ramen Burger Features Buns Made Out of Instant Noodles

Katherine Pendrill — March 29, 2016 — Lifestyle
References: redrobin & mashable
Share on Facebook Share on Twitter Share on LinkedIn Share on Pinterest
Popular restaurant chain Red Robin recently announced that it will be making the famous 'Red Ramen Burger' available nationwide. While the burger has been a popular menu option in New York and Los Angeles for quite some time, now fans across the country will have an opportunity to sample the hybrid dish.

As of April 4th, consumers will be able to order the Red Ramen Burger at Red Robin locations across the country. The burger itself is the chain's own take on Keizo Shimamoto's original Ramen Burger, which debuted in 2013 at a food festival in Brooklyn, New York. Red Robin's version of the dish differs slightly from the original in that it consists of a beef patty topped with teriyaki, Chiu Chow aioli, chili-infused shredded cabbage, onion, carrot and fresh basil, all of which are served on two burger buns made entirely from ramen noodles.