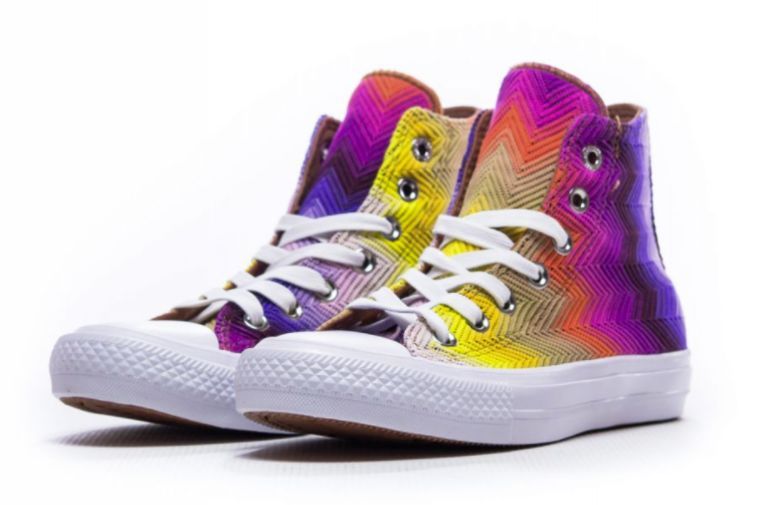 Like most other versions of the silhouette, the 'Missoni' has textured white soles that are finished off with a gum outsole. Matching with this are white laces, which help to balance out the incredibly colorful canvas uppers. Varying hues of pink, purple, yellow, green, and orange are included on the uppers, which are split up by zigzagged lines that contribute to the psychedelic look of the rainbow sneakers.

Currently, the new Chuck Taylor All Star His are only available from Fuel, an online footwear store that's based in Greece, which does not ship to the United States.
1.4
Score
Popularity
Activity
Freshness
Get Trend Hunter Dashboard