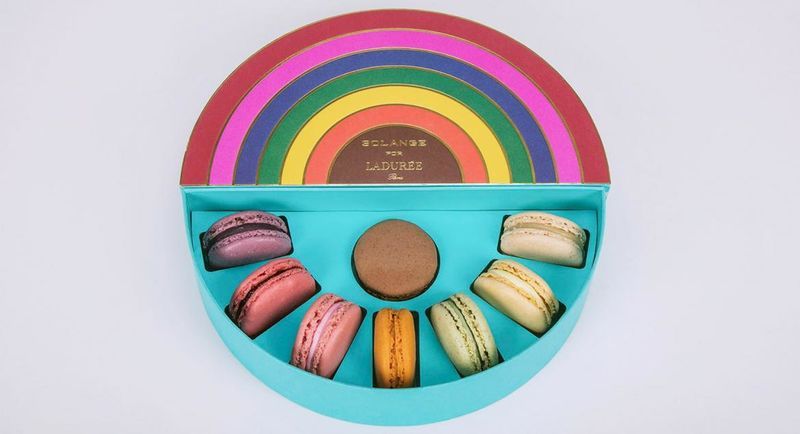 Alongside containing the seven-piece macaron collection, the arc-shaped box also includes the 'Solangette' biscuit, which was developed by Ladurée’s head pastry chef Claire Heitler. This biscuit takes inspiration from Azagury-Partridge's favorite sweet, an orangette, and is is formed by two chocolate macaron shells filled with marmalade.

The unique rainbow-shaped treat box can now be purchased at Ladurée stores across France, appealing to those who love to feast their eyes on food, as well as those who are drawn to the vibrancy of Azagury-Partridge's spirited jewelry designs.
2.9
Score
Popularity
Activity
Freshness
Jeremy Gutsche Keynote Speaker