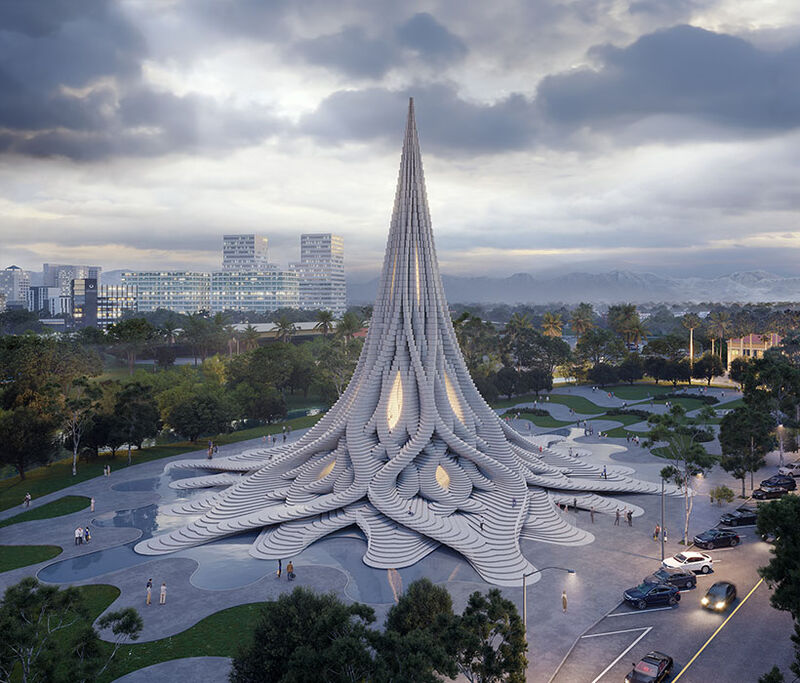 The 'Rain Water Catcher' Tower by Nuru Karim is Ethereal

Michael Hemsworth — September 18, 2021 — Eco
References: nudeoffices & tuvie
Share on Facebook Share on Twitter Share on LinkedIn Share on Pinterest
The conceptual 'Rain Water Catcher' tower has been designed by Nuru Karim as an architectural solution for San Jose, California to help the city stave off the effects of droughts, which are becoming increasingly more common. The tower is characterized by its ethereal aesthetic that rises up out of the landscape to capture rain water as it falls thanks to its specially designed construction. The tower would then store water in pools below before directing it towards storage tanks below.

The conceptual 'Rain Water Catcher' tower would rise 200-feet above the central space and features a spacious interior that could function as an event space when inclement weather isn't expected. This would make the tower a multifunctional addition to the community.

Sustainable Skyscrapers
Nakheel Tower in Dubai Will Dwarf Other Buildings