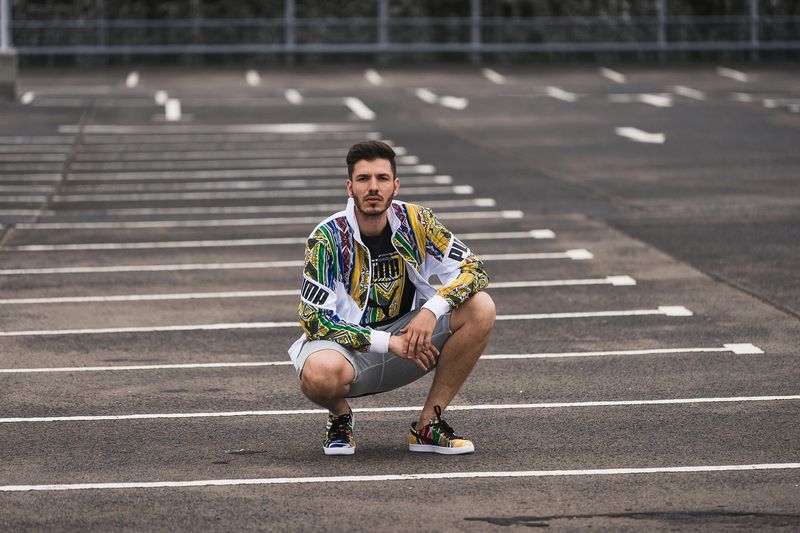 The sneakers come in a variety of different colorways, with one featuring a black suede base with PUMA's branding on the sides, which are colored a collage of red, white, green, blue, and black. Another features the pattern in vise versa, with the knit pattern taking over the majority of the uppers, while black branding and laces split it up.

Both versions of the PUMA and COOGI sneakers have the names of the two brands featured in luxurious gold lettering on the uppers as well, and are finished off with stark white soles.
3.1
Score
Popularity
Activity
Freshness
Attend Future Festival