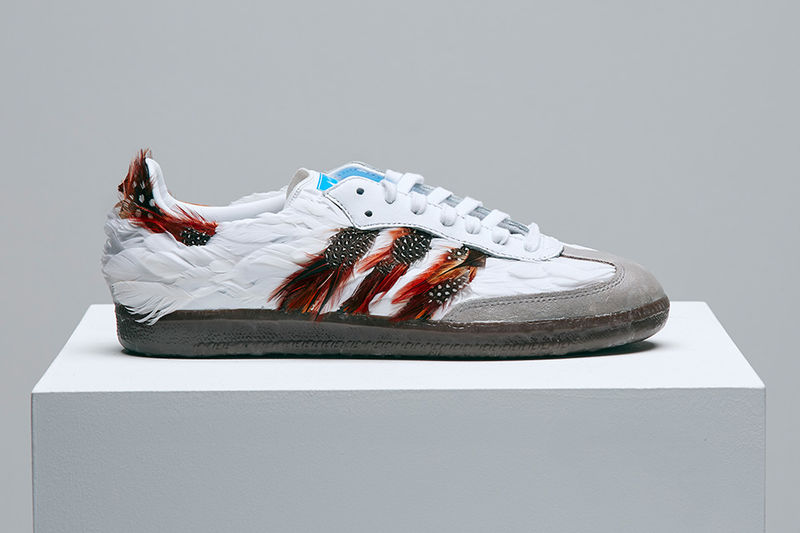 adidas Reinterprets the Samba for Pride in the Prouder Pack

Amy Duong — July 2, 2018 — Fashion
References: ebay & highsnobiety
Share on Facebook Share on Twitter Share on LinkedIn Share on Pinterest
In the midst of Pride Month, adidas delivers the Prouder Pack comprised of a series of reworked iterations of its iconic Samba silhouette. To do so, adidas and UK-based DJ Fat Tony taps members and supporters of the LGBTQ+ community to participate in the new designs. Notably, the new Samba shoes are created in support of the Albert Kennedy Trust. It is a voluntary organization based in the UK and dates back to 1989 -- it supports young LGBTQ+ members in dealing with homelessness and harsh living circumstances.