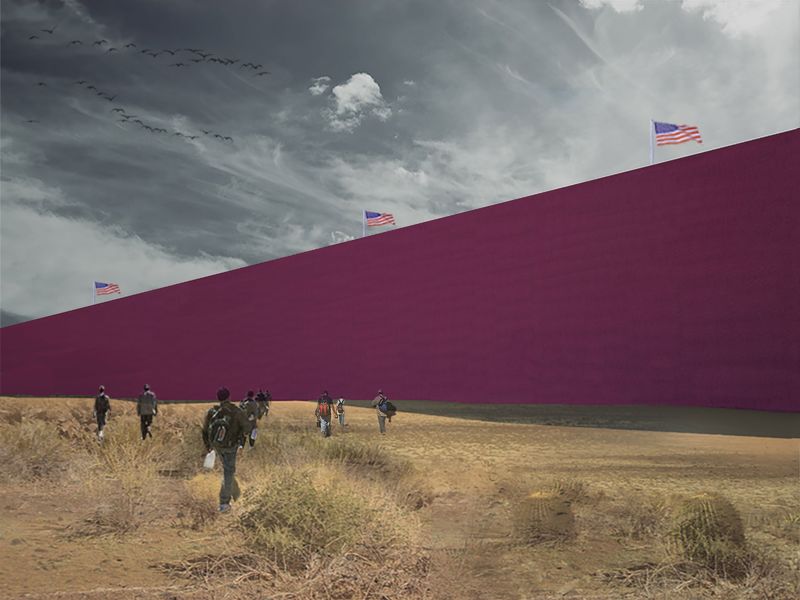 'Prison-Wal' Turns a Controversial Idea into a Celebration of Mexico

Laura McQuarrie — October 21, 2016 — Art & Design
References: e314.mx & dezeen
Share on Facebook Share on Twitter Share on LinkedIn Share on Pinterest
In collaboration with the Mamertine Corporation of the United States, Mexican firm Estudio 3.14 launched a project called 'Prison-Wall' to explore the idea of building a wall across the US-Mexico border, as proposed by Republican presidential candidate Donald Trump. But rather than envisioning the controversial proposal as a means of keeping Mexican immigrants out of the United States, this concept reimagines the wall as a celebration of Mexico's architectural heritage—and at the same time, "allow the public to imagine the policy proposal in all of its gorgeous perversity."

In response to the upcoming upcoming US presidential election, many designers are creating politically inspired projects to express their concerns about a variety of issues around the world and close to home.
6.4
Score
Popularity
Activity
Freshness
Access Advisory Services