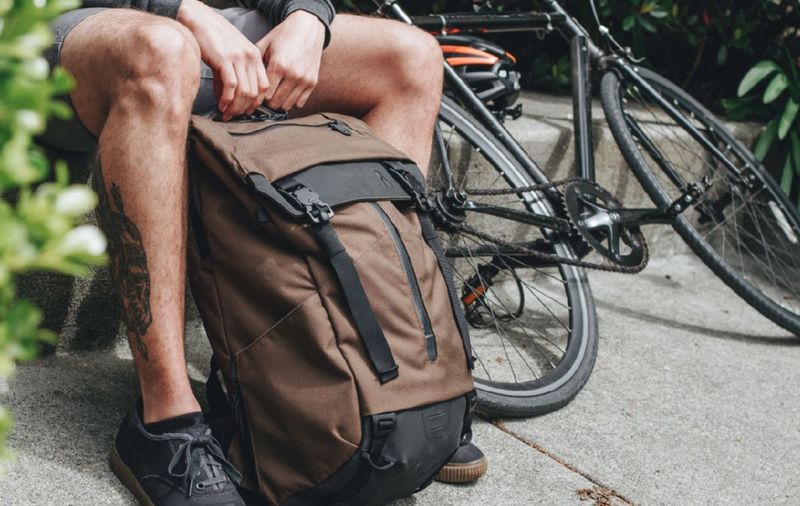 Joey Haar — July 17, 2017 — Art & Design
References: kickstarter & boundarysupply
Share on Facebook Share on Twitter Share on LinkedIn Share on Pinterest
For city-dwellers, summer is a time of flux — there's too much to be done in too little time, from park picnics to photography excursions to journeys of respite in the country — and Boundary's Prima Pack System is perfectly suited for all of those adventures. The modular backpack comes with three units that fit seamlessly into a single system, making the product as versatile and changeable as urban denizens' own summer experiences.

The core of this system and the largest unit is called the Prima Pack. The brilliance of the Prima Pack is in its ability to function in so many different settings. Its stylish look helps it fit in seamlessly in the modern workplace, and it comes with a dedicated laptop and tablet stowage pocket to carry all one's necessary daily tech. The Prima Pack also condenses to a manageable 25 liters for commutes. But for bigger trips, it can serve as a voluminous weekend pack.

The Prima Pack really shines as an adventurer's sidekick. The rugged bag expands to 31 liters by adjusting just a few straps and buckles, and its efficient series of straps and zippers allows for easy access to all of one's gear when traveling. The main compartment opens via a central zipper, similar to a duffel bag, preventing trippers from having to dig around blindly to grab something from the bottom of their pack. It's also equipped with YKK Stormguard zippers and a DWR coating that's both oil- and water-resistant, so it can withstand even the toughest outdoor trips.

The clever system also includes two other pieces: the Fieldspace and the Verge. The Fieldspace is a fashion-driven slip that can carry things like one's smartphone and tablet or notebook (as well as pens and other practical supplies), making it a savvy office accessory. It slides into and out of the back of the Prima Pack, so it's second nature to carry on one's commute. The Verge is a built-in camera bag that can attach and detach from the larger Prima Pack with a few quick snaps. Its shoulder strap doubles as the waist-belt on the Prima — like every other aspect of the system, the Verge combines effortlessly with the complete backpack.

Boundary has raised over 10 times its funding goals on both Kickstarter and Indiegogo for the Prima System, and that's no surprise. Beyond everything mentioned above, the system is full of fun little quirks like one-handed magnetic clasps and embedded RFID protections, showing the passion that Boundary designers had when crafting their keystone product. With rugged function and urbane style, the modular backpack system provides near universal appeal.
7
Score
Popularity
Activity
Freshness
View Innovation Webinars