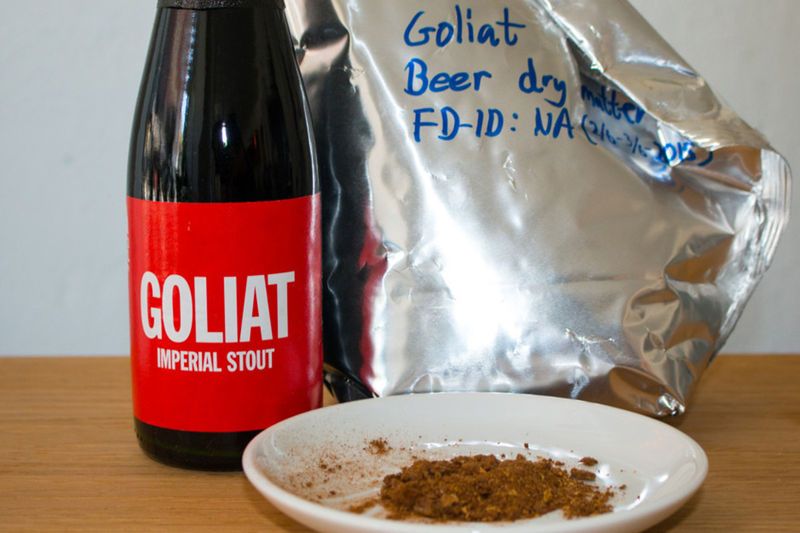 'To Øl' Developed a Powdered Alcohol Beer for Consumption Anywhere

Laura McQuarrie — October 14, 2016 — Unique
References: aortafood & digitaltrends
Share on Facebook Share on Twitter Share on LinkedIn Share on Pinterest
Powdered alcohol has been a controversial invention, particularly for the ease in which water can be turned into rum, vodka or a flavored cocktail. Now, TO Øl, a self-described Danish "gypsy brewery" has developed an instant craft-beer powder of its own, stating: "We have for while been wanting to provide quality beers in situations which normally doesn’t encourages it due to the natural physics of beer."

The powder-making process takes inspiration from freeze-dried goods, such as fruit and coffee. For the creation of its unique product, TO Øl teamed up with a German food processing company to freeze dry four beer types: a fruity IPA, a hoppy IPA, a dry pilsner and what it calls a "deep beer brewed with coffee."

The instant beer powder is meant to be combined with an original alcohol and sparkling water to create an easy-to-make drink that can be enjoyed in a variety of different settings. Currently, there are no plans to release the powder to the public.
3.9
Score
Popularity
Activity
Freshness
Attend Future Festival