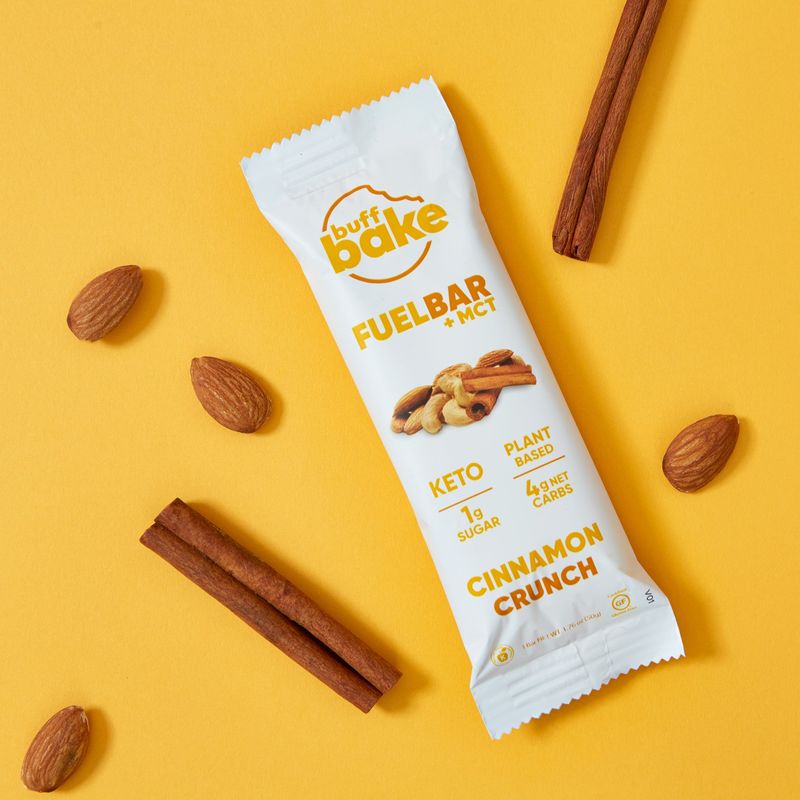 Laura McQuarrie — June 6, 2019 — Lifestyle
References: buffbake & nosh
Share on Facebook Share on Twitter Share on LinkedIn Share on Pinterest
With the launch of its new plant-based, keto-friendly FuelBar + MCT line, Buff Bake is returning to its roots, as the brand launched its first nut butter products in 2014. Nuts are the first ingredient in the grab-and-go snack bars, which are low in sugar and offered in decadent flavors like Peanut Butter Cacao, Cinnamon Crunch and Vanilla Almond.

For the creation of its FuelBars, Buff Bake found that many of its existing better-for-you protein snacks did not suit the dietary needs of the people in its own office and set out to serve its own employees and an underserved group of consumers.