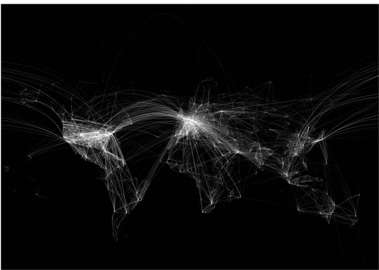 Air Lines art depicts the destination and arrival routes of planes with a dizzying array of lines that begin at one point and end at another. As you can see, many of the lines intersect with one another which gives you an idea of why the job of an air traffic controller isn’t easy. After all, they have to ensure the intersections do not occur at the same time.

The darker lines represent frequent air travel that takes place among high traffic airports such as JFK and LAX, whereas the lighter ones show the paths of small town or small city airports.

Air Lines comes in the form of a poster and is printed on high-quality, fine art paper for $38.
1.2
Score
Popularity
Activity
Freshness