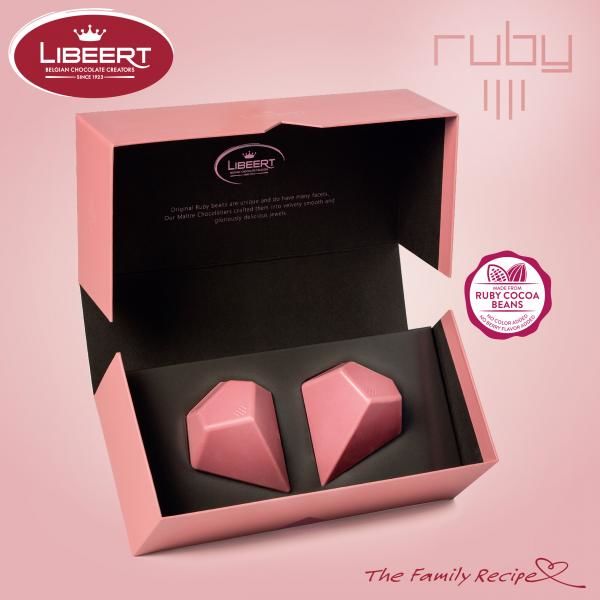 Libeert Formed Its Ruby Chocolate Creation into a Gemstone Shape

Laura McQuarrie — January 28, 2019 — Lifestyle
References: libeert & neuheiten.koelnmesse.net
People can expect to start seeing naturally pink chocolates in stores now that Barry Callebaut—which discovered the fourth kind of chocolate—is now partnering with a range of consumer brands. At the ISM confectionery trade fair, Libeert revealed the results of its partnership with Barry Callebaut in the form of ruby-shaped chocolate made from original ruby beans. The ruby chocolate is faceted like a precious gemstone and presented in a soft-touch box that reminds of receiving a luxurious piece of jewelry.

With the introduction of ruby chocolate, consumers are being treated to entirely new experiences of what has become a familiar and comforting treat. Aside from being able to marvel at the rich color that is produced by ruby cocoa beans with new ruby chocolate products, consumers are also said to be able to discover the chocolate's unique taste, which is different from existing milk, white and dark varieties.
3.3
Score
Popularity
Activity
Freshness