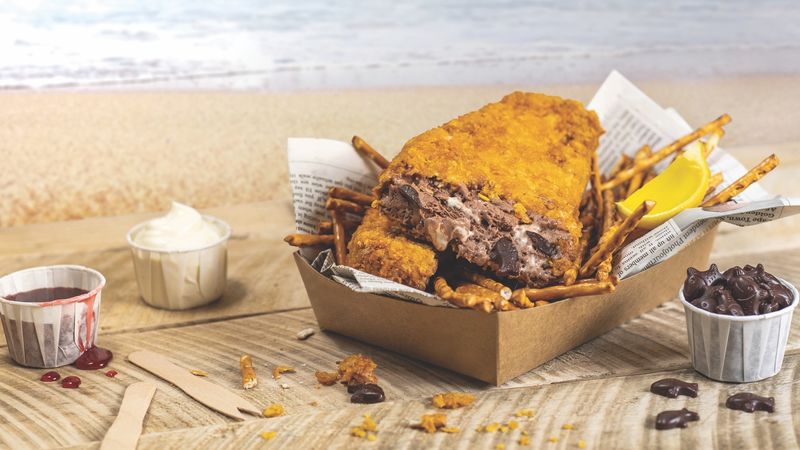 Despite the name, Ben & Jerry's new Phish & Chips ice cream doesn't actually contain any seafood. Instead, the tasty pint starts with the fan-favourite Phish Food ice cream, which consists of chocolate ice cream with marshmallow swirl and fish-shaped chocolates. The ice cream is then coated in a crunchy cornflake batter and deep-fried until crispy to create the perfect "fish fillet." As for the "chips," the ice cream fillet is joined by pretzel sticks, "sweet raspberry ketchup, and a smooth mascarpone tartar sauces for dunking." In other words, its the dessert version of fish and chips that ever pub has been waiting for.