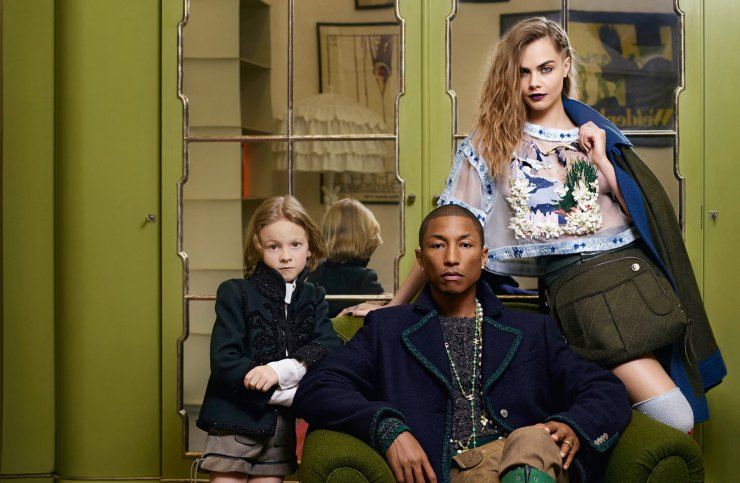 The two superstars were accompanied by the much younger Hudson Kroenig, the son of Chanel veteran Brad Kroenig and Lagerfeld's latest muse. The precious pint-sized model has nothing to be intimidated by -- despite only being six years old, he is a seasoned pro in the industry, and has starred for big-name campaigns from Fendi to Chanel (obviously). Like father, like son!

So, yeah, forget Pharrell Williams and Cara Delevingne. There's a new star in town, and though he might have an 8pm curfew, that doesn't mean Hudson Kroenig isn't taking the modeling world by storm -- just ask Karl Lagerfeld.