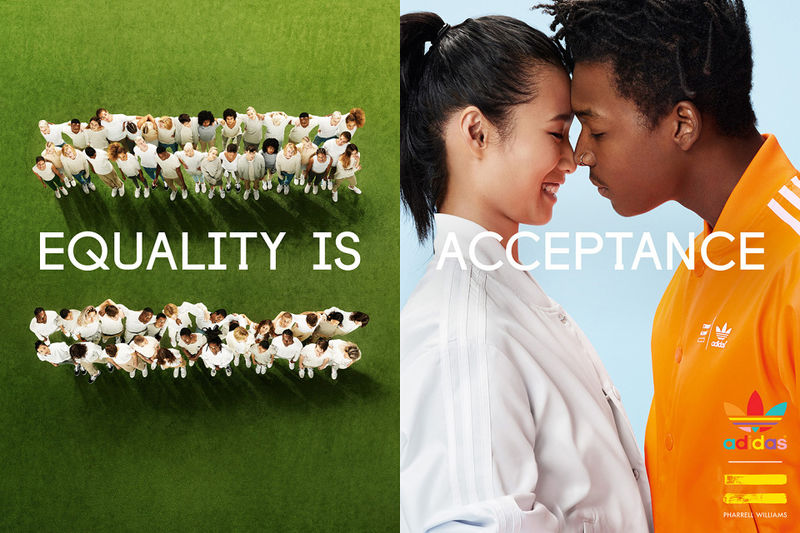 The campaign comes fresh off the release of Williams' 'Solid,' 'Tennis' and 'Tennis Part 2' packs. The imagery for the campaign focuses on the second installment of the tennis range, featuring crisp white garments against the artificial green grass of a tennis court.

The moral of the campaign is that there is strength in numbers. It sees people cross boundaries, coming together to form a sense of unity, and, more specifically, a giant equal sign that's meant to reinforce the principals of equality: strength, acceptance and love.
4
Score
Popularity
Activity
Freshness
View Innovation Webinars