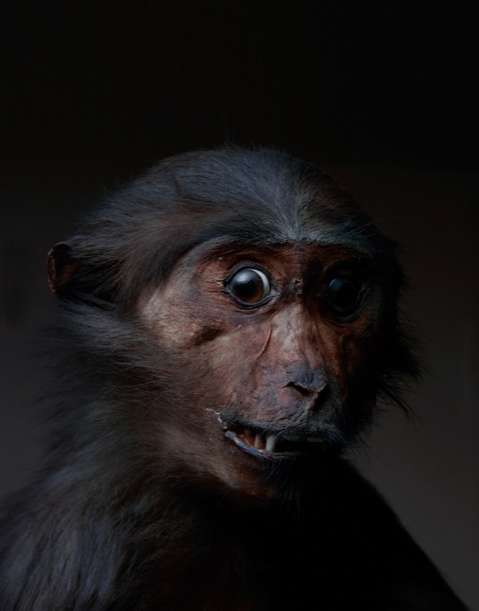 Hosted by the Laboratory gallery, the collection of photographs are hauntingly moving. The photographs were taken in museums of natural history across Europe, and investigate the role that taxidermy and other early stage natural science ventures played in shaping perceptions about the creatures, which so closely resemble human beings.

The Finnish photographer chose to include images of the animals that did not depict them as the cute and cuddly, Disney-like cartoon renderings that one often thinks of when they imagine an animal. Rather, they appear weathered and their skin seems lived-in -- displaying prominent scars and wrinkles.