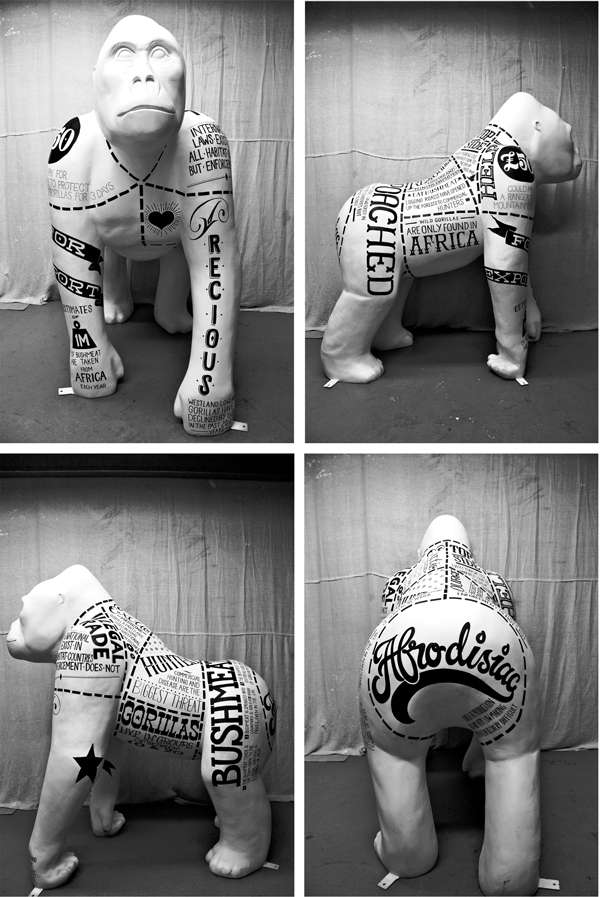 Ana Lopez — October 22, 2011 — Eco
References: behance.net & mymodernmet
Share on Facebook Share on Twitter Share on LinkedIn Share on Pinterest
To raise awareness of climate change and the risk it imposes on wild species, designers Tom Lane and Ged Palmer created the Going Gone Gorilla installation. This ape is covered from head to toe with messages about Africa and gorillas, but the letters only become visible with temperature changes.

The primate is originally black and, as the day warms up, it turns white and an educational text appears. The reverse occurs when it’s nighttime. In order to create this effect, the sculpture was covered with heat-sensitive paint. Awarded silver and a bronze in the Fresh Digital Awards, the creators of this color-changing piece decided to donate it for charity, raising nearly $8,000.

The Going Gone Gorilla was initially part of the Wow! Gorilla project, which was developed to focus people’s attention to the awful living conditions gorillas have to endure.
4.9
Score
Popularity
Activity
Freshness
Jeremy Gutsche Keynote Speaker