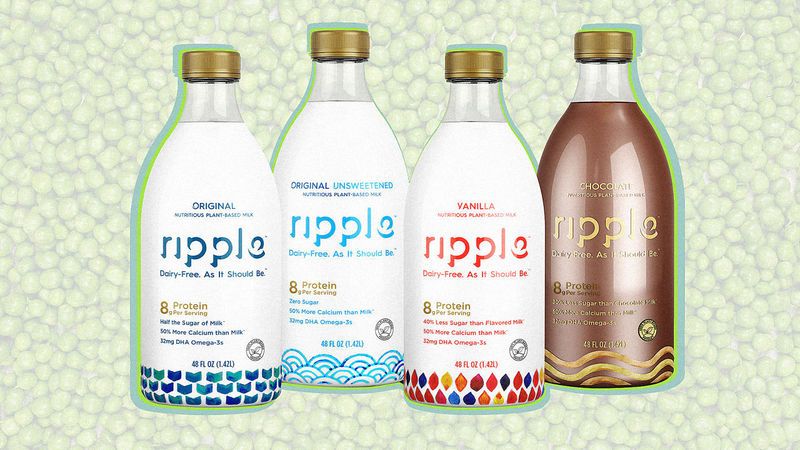 Meghan Young — April 18, 2016 — Eco
References: ripplefoods & fastcoexist
Share on Facebook Share on Twitter Share on LinkedIn Share on Pinterest
For some time now, goat, soy and almond milk have proven sufficient alternatives to the real thing and yet it can be almost universally agreed that none of them actually taste like milk. Now that's all about to change thanks to the creation of Ripple, a pea-based milk that taste eerily similar to cow's milk.

The brainchild of Adam Lowry for Ripple Foods who wanted to address the unsustainability of milk production. Creamy and sweet, pea-based milk tastes good while also providing a healthier and eco-friendly option to regular milk. Fast Co Exist reports, "Ripple has calculated that its milk takes 96% less water to make than almond milk, 99% less than dairy milk, and 76% less than soy milk. The carbon footprint is 93% smaller than dairy."
4.4
Score
Popularity
Activity
Freshness
View Innovation Webinars