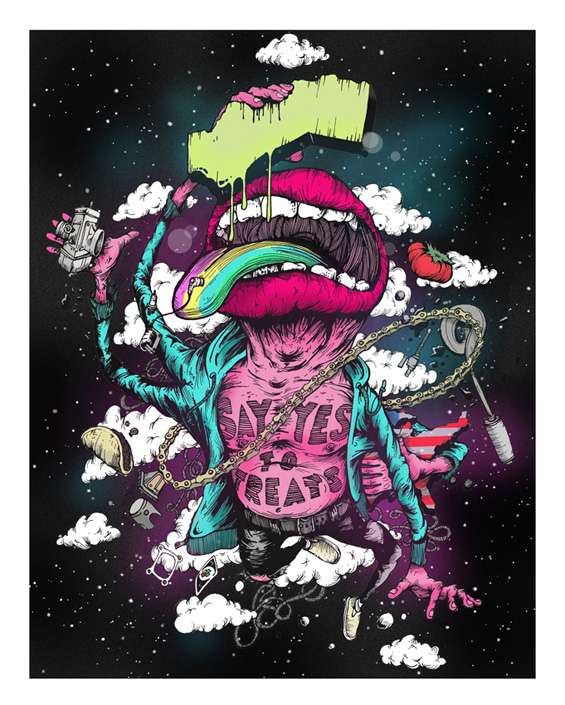 Pat Perry's illustrations typically contain a massive amount of energy and dazzling hues. The subject of his drawings range from surrealism-influenced monsters in outer space to enormous tidal waves to a faceless young boy riding a bicylce, each illustration highlighting a strong amount of attention to detail and action. His ability to fuse elements of surrealism, graphic design, and comedy in his illustrations give his portfolio the kind of edge that is the envy of artists around the world.

Pat Perry's work has not gone unnoticed by the corporate world. He has done work for Urban Outfitters, Fearless Records and Threadless and have been featured in Photoshop Creative Magazine. Pat Perry just finished a lengthy road trip that took him across the United States, including Nebraska, Wyoming, California and Nevada. His work was most recently featured at the C.A.V.E. Gallery in Venice, California.

Implications - One of the most effective ways a company can create eye-catching marketing is by recruiting an artist or graphic designer known for bright and shocking designs or illustrations. By attaching your brand name to an ad with colors that beam, the company embeds an image of radical excitement and brand recognition in consumers.
4.1
Score
Popularity
Activity
Freshness
Jeremy Gutsche Keynote Speaker